Last Saturday I was in charge of a breakfast for families in our ward’s elders quorum. We had a great time and enjoyed almost perfect weather (it wasn’t too hot).

Families stayed for a couple of hours, enjoying French toast (my specialty made with Great Harvest Bread Company cinnamon chip bread), Honey Baked Ham, scrambled eggs, fruit, pastries and even cold cereal. It was a smorgasbord! 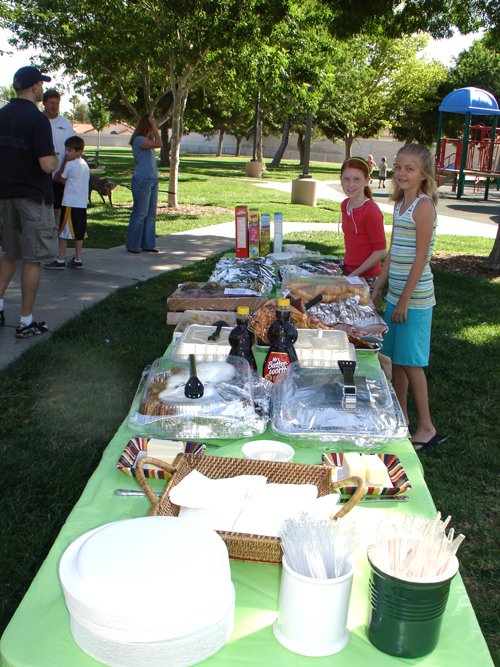 The kids played a fun game of baseball after they ate and others played on the playground.

Last year I left Tank at home because I didn’t want to care for him and be in charge of the breakfast. This year, because Tank has been hanging out in his crate so much during the week with Vickey and I at work, I felt bad for him and took him with us.

On our drive to the park the tinfoil trays of freshly made French toast slid around in the back of the truck and, wouldn’t you know it, Tank managed to step on one end of them. Luckily we were able to salvage all but a couple of pieces though.

Tank did, indeed, enjoy the park. He became the life of the party, running all over the place chasing his tennis ball. Several people enjoyed throwing it using our handy plastic tosser.

One of my favorite pictures from the event is this one of our friend Steve hanging out with Tank. Steve and his family are very kind to take Tank in and watch him when we go out of town. They’re buds, as Steve says.

Eliana and her friend, Olympia: 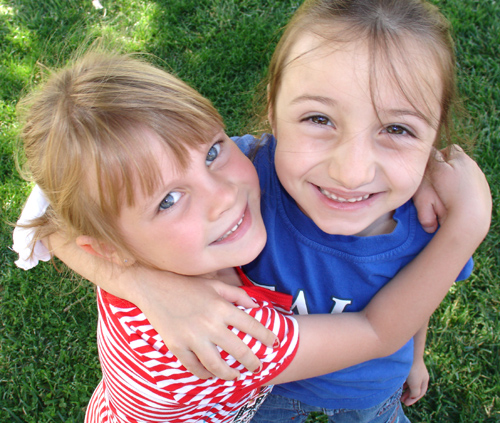