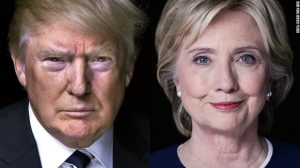 It has become quite clear to me that the one person I couldn’t stomach being president of the United States is Donald Trump. I’d feel embarrassed all the time. I think the majority of Americans feel the same way.

Having said that, I believe the country is in for a rough ride with Hillary Clinton, a professional liar, among other things, as its president.

But guess what? We’ve had more bad presidents than good ones. So, step on up Mrs. Clinton. Looks like it’s your turn. You got my vote by mail.

In ’08, America went for its first black president. Box checked. Now let’s go for our first woman president. Another box checked. I wonder what special class will be next?

Mitt Romney, who were your advisors who encouraged you to run against a popular president in 2012 instead of running again in 2016? What were you thinking?

And what are you doing with your time and money, Jon Huntsman Jr.?

When will we elect someone who’s not a member of America’s elite political class? We’re not the U.K. We don’t need royalty. We need more term limits.

And please don’t tell me we can elect a non-politician with Trump. If anyone is a personal example of what America is not, it’s the bombastic fake billionaire businessman Donald Trump. He’s a spoiled rich kid who’s ironically vain and predominantly proud. I feel sorry for his business after this campaign. Who will work with him?

We live in Utah (since 2008) and I really like what I hear coming from Evan McMullin. But a vote for McMullin is like an election tantrum. Sure, he may be a better fit for the presidency than either Clinton or Trump, but voting for him in Utah doesn’t prevent Trump from 270 electoral votes. Voting for Clinton does.

Come on Utah. How many generations will come and go before you stop blindly following the Republican Party into the great irrelevant abyss?

In the 90s, who would’ve guessed that our country would send a philandering, cheating hillbilly of a president back to the White House as the country’s First (…gulp) Gentleman? Who in their right mind calls Bill Clinton a gentleman? The only reason we can is because of the perspective gained when comparing Mr. Clinton to Mr. Trump.

At least with Hillary Clinton as president we can expect more of the same. There’s a reason the stock market is bearish about a Trump presidency.

America, we have drifted. We have moved so far away from a God fearing nation and people that I fear we’ll soon incur the calamities foretold by prophets: Destruction.

It’s going to be an interesting 4 years. We won’t recognize ourselves when we’re done, with a new majority in the Supreme Court, other countries that won’t take us seriously and a liberal intellectual movement bent on eliminating religious freedom and removing any American recognition of God.

Maybe, after a while, Clinton will get too tired and worn out and let Tim Kaine run things.