It’s amazing to me that a two-and-a-half year-old’s running stumble on the family room carpet could result in a spiral fracture in his femur.

As a result of the investigation by the county’s family services and Henderson Police Department Dominic has now undergone a head-to-toe set of x-rays and CAT scan, Eliana was pulled from her first grade classroom today to be interviewed by a police officer and the police stopped by our home while Vickey was taking a hospital break to take photos of the scene of the incident (AKA, our family room).

All this in addition to dealing with a very unhappy, uncomfortable and in pain little Dominic. He has muscle spasms every 5-10 minutes and each time he moves, he cries.

Not to mention being parents to a six year-old who feels responsible for Dominic’s fall because she helped him take off his shoes last night and left them in the family room instead of putting them away in the shoe basket.

Of course since none of us saw him fall, we’re not even positive that tripping on his shoe was the cause of the fall.

It has been a very hectic time since yesterday at 6:15 p.m.

We have had a few visitors at the hospital and dozens of phone calls from neighbors, friends and ward members.

What’s interesting is that members of our ward have recently had three premature births and a heart attack scare. All that was just before Thanksgiving. It just seems like a lot is going on lately.

Luckily I was able to postpone a few business commitments today and hope to tend to them tomorrow.

Vickey’s taking another stint at the hospital tonight while I tend to Eliana. She and I are going to entertain Tank and try to get a good night’s sleep at home.

Accidents like this teach you to appreciate what you’ve got, your health and strength, comfortable surroundings, good family and friends.

It looks like Grandma Snow will be able to come help out for three to four days. That will be great!

We’ll get through this new family development. It’ll be a challenge, but we’ll make it through and have a very memorable Christmas with an incapacitated little boy.

Here’s a photo of the x-ray of Dominic’s left thigh. 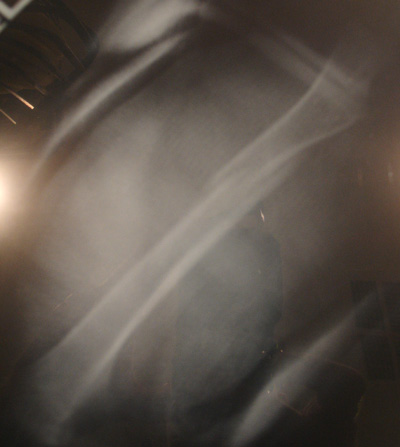