I spent a few days last week with my dad at the FamilySearch RootsTech 2015 conference. 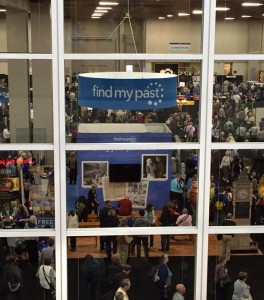 I was amazed at the number of conference attendees, exhibitors and overall activity surrounding genealogy and family history. I had no idea how many people and businesses are involved in that space — a $4 billion market according to conference organizers.

I enjoyed the Innovator Summit, those who spoke and watching presentations from innovators competing for $25,000 in prize money in the Innovator Showdown for the best new family history service. Congrats to StoryWorth who walked away with $15,000. The other prize money was shared among the other three finalists: ArgusSearch, GenMarketplace and Lucidpress.

My dad and I appreciated hearing from New York City-based genealogist, Michael Cassara, who shared tools and tips for connecting with your Italian heritage.

Later in the conference we talked with the lovely ladies at AncestorsTour who knew right where my dad’s family came from: Calitri and Conza (province of Avelino), Italy. They said it was only about an hour-and-a-half drive from where their tours originate, from a museum in Padula called Museo del Cognome.

I told my dad to get two tickets to Italy to visit his ancestor’s stomping grounds and that if my mom won’t go with him, I would. His response was that I’d have to compete with my sister for the second ticket. Guess we know who the adventurers in our family are. 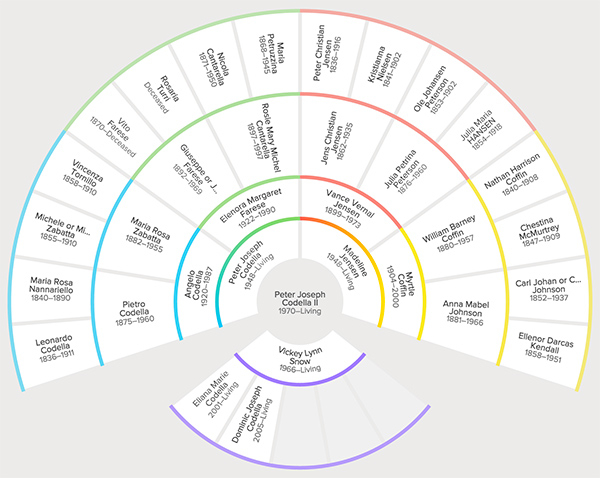 I learned about BillionGraves where you can download their app and based on GPS coordinates take photos of people’s headstones. The platform connects you with others who have requested photos of ancestor’s graves and allows you to request photos of your ancestor’s headstones. I think this activity, which combines technology with family history, would make a perfect young men’s and young women’s activity. What a great way to provide service to others.

I was fascinated by genetic genealogy, an industry that’s been around for about 15 years. The folks from FamilyTreeDNA made the case for Y-DNA tests that trace a male’s ancestors, and the mtDNA test which traces genealogy on your mother’s side.

Another presenter was talking about advances in science which allow for genetic genealogy and commented, “What’s the worst thing you could learn?” She answered her question with, “Nothing.” Then someone raised their hand and said, “That you’re not related to one or both of your parents!”

We attended an excellent session by Denise Levenick, The Family Curator, on how to clean-up family heirloom photos. It convinced me we’ve got to get our photos out of those silly wax paper and plastic covered photo albums, called magnetic albums (she called them photo jail), and that we need to get an archival box to protect Vickey’s Snow Family Bible from the 1800s. We also learned a technique for unrolling and digitizing wide-format heirloom images.

You can get a PDF on how to preserve family photos from The Family Curator on her site.

And by the way, Denise recommended ordering canvas wall prints and other specialty photobook products from MyPhotoPipe. She said many professional photographers use that service.

Since I spent two-and-a-half years working at Alexander’s in Lindon, Utah, I can also recommend their services for printing canvas gallery wraps, family history charts and other photobook products through their MyCanvas webstore, which ties directly into your family tree information on Ancestry.com.

On Friday at RootsTech my dad and I spent learning more about FamilySearch and the soon-to-be-released cloud-based version of its software. I was entertained when my dad cornered a few of the FamilySearch employees to teach them about some of the bugs in their current software, from a guy who has indexed or arbitrated a million-plus records (and counting). You go dad!

Friday morning we enjoyed a speech by former First Lady Laura Bush and then a conversation between her and her daughter, Jenna Bush Hager.

My parents enjoyed the last day of RootsTech and hearing from Donny Osmond and catching a performance by David Archuleta.

Again, the scope of the conference, which went from Wednesday through Saturday for about 10 hours each day, was just mind-blowing — so much information. And there are so many different family history service providers. I was amazed.