This was a busy year for the Codella family, as it likely was for those of you reading our annual update. It’s simply amazing how quickly time passes and we find ourselves reflecting on the year, looking forward to holidays spent with family and friends, and the memories of another calendar year. 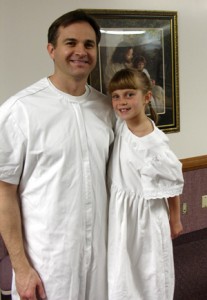 We were so proud of Eliana on October 10 when she was baptized and confirmed a member of The Church of Jesus Christ of Latter-day Saints. Both sets of grandparents, some aunts, uncles, cousins and good friends joined us in Bountiful for her special day.

Also in October we enjoyed Pete’s Aunt Sarah’s 80th birthday celebration in Richfield, Utah. It was fun to make the trip there again, to Pete’s mom’s hometown, and reconnect with aunts and uncles.

The end of September we packed up and moved out of the Bountiful rental home where we were living for the past year. We loved the neighborhood and made many good friends there. In fact, we received so much support from members of our ward in Bountiful who helped us pack and move, and many very good friends took time out of their schedules to help us on moving weekend. We love and appreciate you all!

We’re living now with Vickey’s parents in Holladay in a couple of their spare rooms and will begin looking for a new place once the school year is over. We’re so grateful for the Snow’s hospitality and generosity.

Eliana’s still going to school in Bountiful. Since she changed schools last year, we let her choose this year whether or not she wanted to stay in her Bountiful school or transfer to the school by her grandparent’s home. For now, we’re all commuting from Holladay to Bountiful, Vickey and Pete to work, Eliana to second grade, and Dominic to daycare.

We traveled with Pete’s brother, Brian, and his family to West Yellowstone for a couple days in August before school started. It was a whirlwind trip but left lasting impressions of beautiful Yellowstone, Old Faithful and sulfur scented geysers galore.

We always enjoy spending time at the Snow’s Strawberry Reservoir cabin near Heber City, Utah. We made it there as often as possible this summer and enjoyed our favorite new cabin tradition — popcorn, snacks and movies projected on a white Queen sheet hung up on a cabin wall.

It’s great living in Utah so close to family and friends. The kids get to play with their cousins pretty frequently and we occasionally get to see many more extended family members. We enjoyed a summer camping outing with the Coglianese family, something we’ve always enjoyed doing together, and we enjoyed spring break in St. George visiting family and friends, including Eliana’s best friend from Henderson, Olympia. 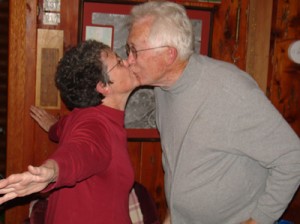 A highlight for Vickey’s family was her parent’s 50th wedding anniversary where the whole Snow family gathered at the cabin to celebrate with Gordon and Murriel. We played games and even had a build-your-own-boat-and-race-it contest. Charley’s vessel was the most seaworthy, by far.

Our family’s big accomplishment this summer was a large garden. (See some photos on Flickr.) Vickey took charge of a couple rows of vegetables, herbs and fruits in the community garden that neighbored our Bountiful rental home. We enjoyed every kind of fresh fruit you can imagine, including my favorite, raspberries, in quantities that were greater than we could consume.

Our first-ever gardening efforts were very productive. We still have frozen apricot and raspberry jam to show for it. At Halloween the kids even got to carve pumpkins that they grew themselves. The whole gardening thing is something we couldn’t have experienced like we did in Henderson’s desert climate. Of course, shoveling snow last winter off a sloped 40-yard driveway was no walk in the Henderson water park. 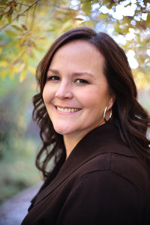 Vickey returned to her profession of teaching special education in January of this year, this time at a junior high school in Bountiful. She taught for about 10 years before Eliana was born, then took some time off to have and raise children, and is now back in the ranks of the country’s most needed profession.

This summer Vickey began a one-year online Master’s Degree program with National University based in California. And this fall she was asked to be the special education department chair at her school. Vickey’s plate is very full. 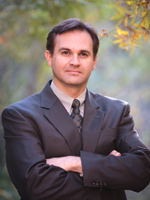 My public relations and marketing firm has now been relocated three times in two years. I’m a pro at moving furniture and boxes. I’m happy to be sharing space with one of my clients, working out of an office in Woods Cross, just a mile or so away from Vickey’s work.

This year I began doing some presenting for Ragan Communications, a corporate communications training firm out of Chicago. I enjoy speaking, presenting and training professional communicators on the benefits of utilizing an online newsroom and social media for marketing purposes. My NewsCactus online newsroom software continues to evolve and gain traction in the public relations world.

This year I co-authored an e-book called Integrated Marketing in the Digital World. Me and my co-author are in the process of compiling an expanded manuscript slated for printing in the fall of 2010.

This summer I developed a new online course for the University of California, Irvine Extension called Using Social Media as a Tool for Public Relations. I taught the course this October and am scheduled to teach it again in the spring. I was also asked to be a member of UCI’s advisory board for its Public Relations 2.0 Certificate program. 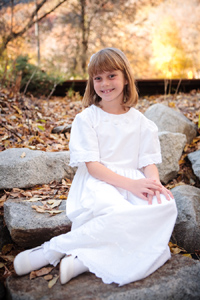 Eliana Codella in her baptism dress made by Grandma Codella

This year Eliana has taken up piano lessons and is also taking an after school dance class each week. She enjoys music and is frequently found pretending to be a Metropolitan Opera soprano. She’s in second grade and doing exceptionally well in her school work. According to her teacher, Ellie’s a good, helpful student and often looks out for her fellow students.

Since Vickey’s back in the workforce, Dominic spends his days in daycare. The first part of the year he went to a great family’s home in West Bountiful. Since school started this fall he’s been attending the Woods Cross High School daycare where he romps and plays with a dozen or so kids, learns his alphabet letters, flirts with the high school girls and does tons of fun activities. And yes, there is adult supervision there as well.

Dominic loves Mario Kart on the Wii. In fact, he loves any electronic game. But just to help give him some diversity we took him to swimming lessons at the Holladay recreation center this fall. He and Eliana both love swimming. 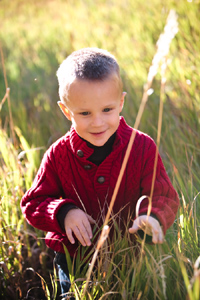 So, if you’ve made it this far in our annual update, thanks for reading!

At least with the investment of a handful of minutes, you can’t claim we haven’t kept you in the loop this year.

At this season the symbols of Christmas remind us of the birth of our Savior. We express gratitude and love for the gifts of salvation and exaltation.

We wish you an especially peaceful and joyful Christmas and holiday season.

Happy New Year from our family to yours!

One Response to “Pete and Vickey Codella Christmas Greeting 2009”